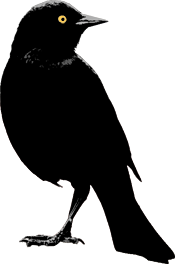 Blackbird is a promise implementation for Common Lisp. Its purpose is to make asynchronous operations (such as non-blocking IO or background jobs) simpler to comprehend and manage.

On top of promises, it provides a number of macros to make using promises as natural as writing normal lisp code. This lowers the mental barrier to using asynchronous methods in your app and makes it easier to understand what your code is doing.

Intro to promises —————- A promise is a representation of a value that may exist sometime in the future. The idea is that you can attach actions to a promise that will run once its value is computed, and also attach error handlers to make sure any problems are handled along the way.

Promises not only give an important abstraction for asynchronous programming, but offer opportunities for syntactic abstraction that make async programming a lot more natural.

The blackbird promise implementation supports the concept of promise chaining, meaning values and errors that happen in your computations become available to other promises as they progress, allowing you to program naturally even if you’re doing async operations (which are traditionally callback-based). Here’s how it’s done:

This is all probably greek, so let’s give an example (using cl-async with the as nickname):

This waits 3 seconds then prints:

Notice how the callback was attached to the top-level promise, but was able to get the result computed from many async-levels deep. Not only does this mimick a normal call stack a lot closer than CPS, but can be wrapped in macros that make the syntax almost natural (note that these macros I speak of are on the way).

It’s important to note that a promise can hold either one set of value(s) or one error. It cannot hold both, and once it has either a value (or multiple values) or an error attached to it, the promise essentially becomes read-only.

The promise class represents a promise value. For your application, it’s mostly an opaque object which can be operated on using the functions/macros below. It currently has no public accessors, and mainly just holds callbacks, errbacks, values, events, etc.

The standard way to create a promise is with make-promise.

Test if the given object is a promise.

This method returns T or NIL depending on whether the given promise has been finished.

Creates and returns a new promise using the given create-fn, which is a function of exactly two arguments: a function that can be called with any number of values and finishes the returned promise, or a function of one argument that signals an error on the promise:

This syntax can be a little cumbersome, so see with-promise, which cleans things up a bit for you.

Much like, create-promise, but wraps promise creation in a nicer form. This is the recommended way to create promises, unless you for some reason need the lower-level API of create-promise.

Given any value(s) (or a triggered error), returns a promise either finished with those value(s) or failed with the given error:

This macro attaches a callback to a promise such that once the promise computes, the callback will be called with the promise’s finished value(s) as its arguments.

attach takes two arguments, promise-gen and callback. promise-gen is a form that can (but is not required to) return a promise. If the first value of promise-gen’s return values is a promise, the callback given is attached to that promise to be fired when the promise’s value(s) are finished. If the first item in promise-gen is not a promise class, the given callback is fired instantly with the values passed as promise-values as the arguments.

The reason attach fires the callback instantly is that it’s sometimes nice to attach a callback to a value when you don’t know whether the value is a promise or an already-computed value. This allows for some useful syntactic abstractions.

If attach is called on a promise that has already been finished, it fires the given callback immediately with the promise’s value(s).

Also note that if a promise is finished/resolved with another promise as the first value, the original promise’s callbacks/errorbacks are transfered to the new promise. This, on top of attach always returning a promise, makes possible some nice syntactic abstractions which can somewhat mimick non CPS style by allowing the results from async operations several levels deep to be viewable by the top-level caller.

Notice that like attach, catcher returns a new promise that resolves to either

Tap is special because it hooks into a promise chain like attach, however instead of resolving to the return value(s) of its given function, tap just forwards the value(s)/error it inherited from the promise given in promise-gen once it completes.

It’s important to note that the promise chain waits for tap to complete if it returns a promise, however the chain continues as if the original promise was given back. In other words, tap injects itself into the chain without actually changing any of the values.

This can be useful for logging or spawning actions whos values you don’t really need but you need to complete before the chain continues.

Notice we got what amounts to read-only access to the values in the promise, and we logged them out without worrying about polluting the values.

The finally macro works much like attach and catcher in that it attaches to a promise and resolves the promise it returns to the value of its body form. However, its body form is called whether or not the given promise resolves or is rejected…think of it as the unwind-protect equivalent of promises. Its form runs whether the promise chain has an error or a value. It can be used to close connections or clean up resources that are no longer needed.

Note that we can use finally to close up the database whether things went well or not. Also note how annoying it is to type out all those attach calls. Fear not, better syntax awaits.

Nicer syntax ———— Promises are a great abstraction not only because of the decoupling of an action and a callback, but also because they can be wrapped in macros to make syntax fairly natural. The following macros aim to be as close to native lisp as possible while dealing with asynchronous operations.

This macro allows (let) syntax with async functions that return promises. It binds the promise return values to the given bindings (in parallel), then runs the body when all the promises have finished.

It’s important to note that alet returns a promise from its form, meaning it can have a callback attached to it, just like any other promise-generating form.

If an alet binding form results in multiple values, the first value will be bound to the variable (just like let).

Note: alet is a useful tool for running operations in parallel, however use caution when running multiple commands on the same socket, since many drivers will get confused as to which response goes to which request. Sometimes opening N connections is easier than trying to match request/response pairs.

This macro allows (let*) syntax with async functions that return promises. It binds the promise return values to the given bindings (in sequence), allowing later bindings to be able to use the values from previous bindings, and then runs the body when all promises have calculated.

It’s important to note that alet* returns a promise from its form, meaning it can have a callback attached to it, just like any other promise-generating form.

If an alet* binding form results in multiple values, the first value will be bound to the variable (just like let*).

This macro provides if for asynchronous values. It is a very simple wrapper around alet that provides a nice syntax for making decisions based on what a promise will return:

Like multiple-value-bind but for promises. Allows wrapping around a promise that finishes with multiple values.

It’s important to note that multiple-promise-bind returns a promise, meaning it can have a callback attached to it, just like any other promise-generating form.

Also note that the promise-gen value does not have to evaluate to a promise, but any value(s), and the bindings will just attach to the given value(s) (in which case it works exactly like multiple-value-bind.

Wait on a promise without using any of the return values. This is good if you want to know when an operation has finished but don’t care about the result.

This is a great way to loop over items one-by-one, each one waiting for the previous to finish before continuing.

This macro allows looping over items in an async fashion. Since it can be tricky to iterate over a set of results that each does async processing but need to happen in sequence, this macro abstracts all this away.

Here are some toy examples:

Maps over a list of values (or promises of values) and runs the given function on each value, resolving its returned promise as the list of mapped values. Note they if function returns a promise, amap waits for the promise to resolve before continuing, allowing you to run promise-returning operations on all the values in the collection.

Waits on all of the given values in the promise-list to complete before resolving with the list of all computed values. Like amap, the promise-list can be a promise to a list of promises. All will be resolved before continuing.

Runs over a list of values (or promises of values) and runs the given function on each value, while accumulating the result, similar to reduce.

initial-value is being passed as the first accumulator argument, but note that it should not be a promise itself. By default this is nil; the function will also not be called if there were zero elements in the list, instead the initial-value will be returned.

In contrast to amap the function should also not be returning a promise itself (unless it’s prepared to deal with it as an argument in the next iteration).

This lets us chain operations together with a flatter syntax, making it easier to handle longer promise chains.

Notice how our chain has a top-down syntax vs the more lispy inside-out syntax. Which you prefer is a matter of preference, but chain can conceivably used to string together many simple operations a lot more clearly than the alternative. It’s important to note that alet/alet* could just as easily handle most of the binding stuff, the real utility is being able to set up catcher/finally wrappers at the end of your chain.

Possible keyword functions for chain are: